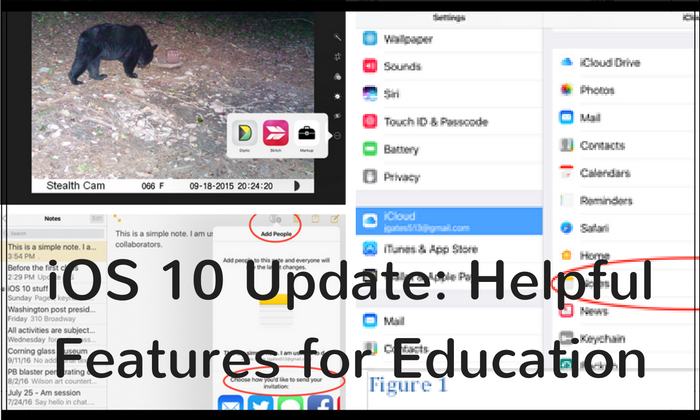 Some Great Classroom Tips for the iOS 10 Update

There are many new features in Apple’s iOS 10 update. Some, like the changes in Messages and the Photo apps, are fun and helpful. But some are also excellent changes for the classroom. Here I’m going to talk about a few of them. This isn’t a complete list, but definitely a handful of updates that you should really investigate (especially if your classroom is 1:1 or BYOD with Apple devices).

Now Students Can Collaborate Within Notes

The changes made to Notes in iOS 9 were really nice. For example, the Notes app appeared as an option after touching the Share icon within many apps. The best example of how to use this feature is found in Safari. Say you’ve been researching and you’ve found a site you wish to save (with a comment) into a note. You would choose Share > Add to Notes and you’re given the opportunity to add some descriptive text to this URL, and decide if you wish to add it to an existing note or make a new one. You can even add photos or videos to a note. It’s starting to sound like Evernote, now, isn’t it? The only thing missing was the ability to share and collaborate in those notes. 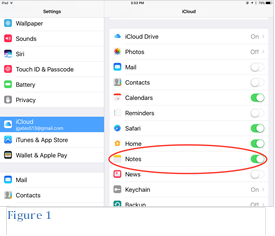 Now, with iOS 10, you can do just that. It requires that you are saving your notes to iCloud, which is a setting you can enable in Settings > iCloud > Notes (See Figure 1). To add a collaborator to a note that’s being saved to iCloud, simply tap the Collaborator icon at the top of the note and choose the desired method to send the link (See Figure 2). The recipient will click the link, sign into iCloud and be able to read and even edit that Note. VERY nice! This feature alone, to me, makes the iOS 10 update worthwhile. 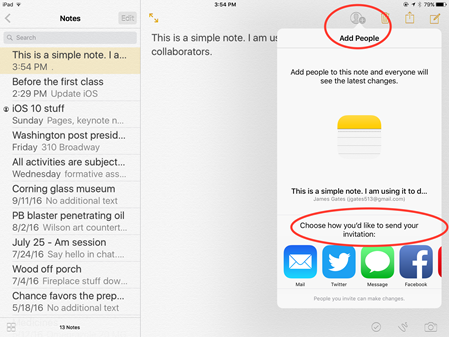 The caveat is that it requires both participants to have an Apple ID. Bummer! That’s going to rule out a lot more kids than it includes, I suspect. Still, for those schools that are 1:1 and which allow students to have their own Apple ID on the iPad, this is a very thoughtful feature.

This update may be an example of “too little, too late,” but it does change things for many. Until this update, the only way users could share an iWork document with another person and allow them to edit the document was if the person had a Mac. iPad users could see the document but couldn’t edit it. Instead, they were prompted to open it on a Mac. That’s all changed, now.

With this update, iPad users in a classroom can share an iWork document, complete with the editing tools, and the other student can now make changes from their iPad. Collaborating users can see the cursor of the other person in the document, too (a la Google Docs), however, it’s not nearly as responsive as a Google Doc. Still, we finally have real time collaboration inside Pages, Numbers, and Keynote. The downside, again, is that both parties must have an Apple ID.

From this user’s perspective there have always been problems with the Photos app. First, there was no way to search for photos. Yes, I could favorite certain photos, but after a while that album becomes just as crowded as the Camera Roll. There simply was no way to tag a photo and search for the one you want. Nor was there a built-in way to mark up a photo with freehand or Text tools. If those issues bothered you like they bothered me, then this update will please you.

When you first launch the updated photo app you’ll be alerted that your device is going to index the images, and that it might take a while. Mine took almost 24 hours to complete. So what did that do for me? The app now knows what’s inside your pictures. Search for cat, for example (because…the Internet), and you will see all of the images found where a cat could be identified in the picture. The app will find sunsets, dogs, cars, clouds, etc. It will not, however, find running dogs. Still, it’s a major difference, and one I can live with. The iOS 10 update will undoubtedly save time both in and out of the classroom due to the fact that students who wish to create and edit images for use in presentations and projects will now be able to locate specific images much more quickly. 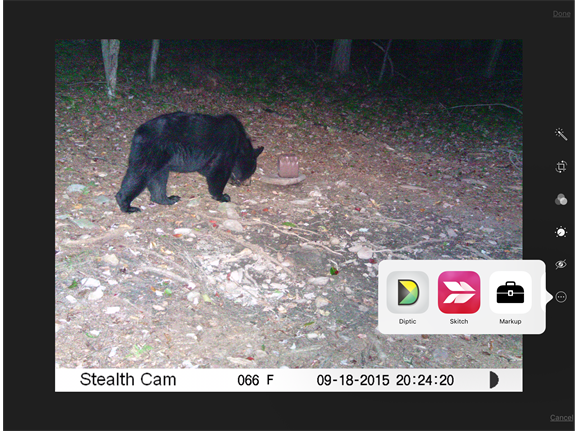 Furthermore, the Edit option in Photos has been replaced with slider bars. In there, at the bottom of the tools display, is an ellipsis button. That button houses a list of your apps that will work with that photo and a ‘mark-up’ tool bag. Inside the tool bag you’ll find a freehand tool with color options, a magnifying glass to enable zooming in on an area, and a text tool to allow you to add text to the image. Very nice. Finally!

There are a lot of other new features that you can find in the iOS 10 update as well. This is the best video I’ve found to learn how many of them work. Sit down with your students and their updated iPads or iPhones, and have a ball learning how to navigate the features which may upgrade your classroom activities!

Jim has a Master’s Degree in Instructional Technology from Bloomsburg University. His career spans over 35 years in public education. For 5 years Jim served as first a coach and then a mentor with the PA Department of Education (PDE) “Classrooms for the Future” program.