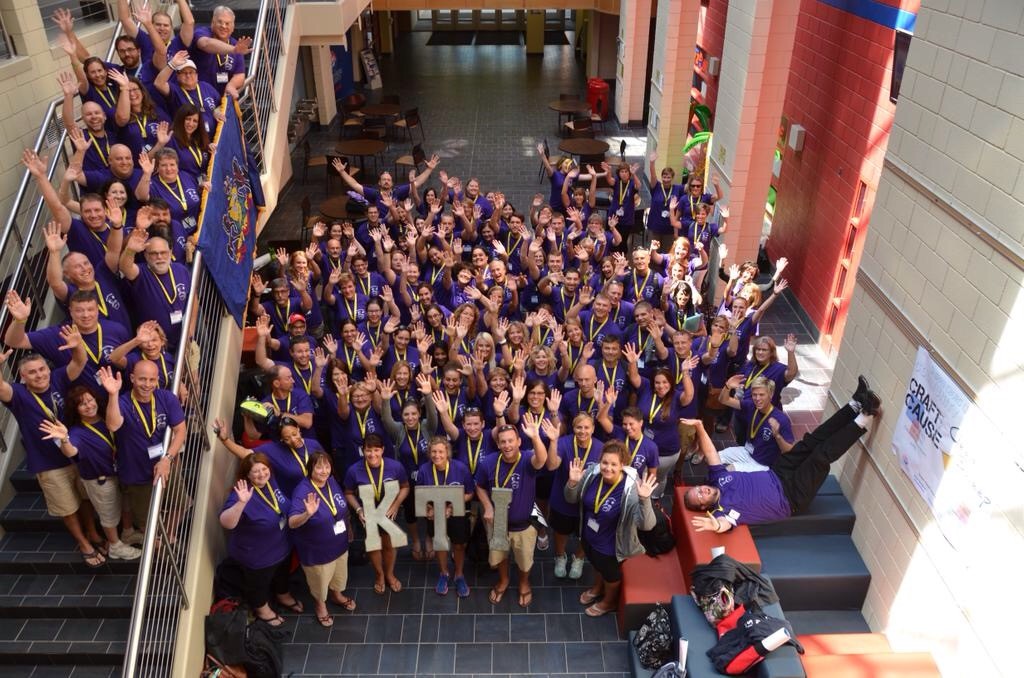 New ideas for using technology in the classroom: KTI 2015

During the week of July 27-31, approximately 100 educators from the state of Pennsylvania experienced a powerful week of learning and connecting at the Keystone Technology Innovator (KTI) Summit in Shippensburg, PA. These educators were nominated by their principals and then completed an application process for acceptance into the summit by proving their innovative use of technology in the classroom. Last year, Eduspire partnered with PAECT to bring back the Keystone Technology Innovator program (formerly funded by PDE) and this year again provided funding for free room and board for all KTI participants (Keystone Stars) and staff during the week-long technology summit. One of the teachers who experienced the power of the summit was Eduspire blogger and tweeter, Teresa Finegan. Read about her experience below!

I am not exaggerating when I say that the KTI Summit was the most rigorous, profound, inspiring week of learning and connecting that I have had in my entire sixteen years as an educator. I will try to capture a bit of the passion in this article, but to truly understand you need to experience this week for yourself.

The excitement began with the first MOMENT of arrival. The moment I arrived outside the dorm on the Shippensburg campus Monday afternoon with the lead learners taking my luggage out of my car and up to my room. I immediately felt important and valued, and it was the perfect end to a 2½ hr ride. From there I was told to go up the steps into the registration room, and as I approached I heard very loud cheers and clapping. I didn’t realize until I walked into the room that the cheers and clapping were for us…each and every Keystone Star! I felt honored and excited to begin this amazing week! As I entered my dorm room for the first time, my luggage and a personalized gift bag were waiting. I felt welcomed and wanted, and it was the perfect way to kick off the week.

After a quick tour of the campus and some mingling with the other Stars, it was time for the opening night picnic. This was our first introduction to the most dedicated and passionate team of professionals I have ever met. Their enthusiasm, passion, and energy set the tone for the entire summit, and it was during the picnic that the connections began. Connections that started as strangers and ended as a family later in the week.

What followed the picnic on the opening night? The longest marathon of learning, thinking, networking, connecting, talking, listening, sharing and GROWING I have ever experienced. We were educated during the wide variety of classes and workshops that were offered daily by the PA lead learners. During the week, I learned about green screens, iPad apps and strategies, Minecraft, Touchcast, Skype, the SAMR model, programmable robots, science technology, Google apps, Chrome extensions, 3D printers and so much more. We were inspired by daily keynote speakers and donated over $800 to Makenna Lenover and her Little Known Help Zone. We were teammates in the cohort groups and leaders in the EdCamp sessions. We were singers and dancers at the Winery and became a family during Piano Man. The guys of KTI became the most amazing gentleman the morning after the winery when they escorted all of the girls to their seats, and the girls became cheerleaders the next day to thank the gentleman for their kind actions.

However, intermingled among all of the Stars were the team of lead learners who found a way each morning to dig deep into your tired soul and pull out energy that you didn’t even know you had. Going from exhausted to a congo line to a dance party within 15 minutes on the last day was typical KTI. From the daily energy of the Prize Patrol and the touching encouragement of “Mama Keystone” Rosie Parmigiani, to the lead learners who taught the classes and supported the cohorts, the week was both exhausting and exhilarating. The lead learners constantly showed their appreciation to the Stars throughout the week as well. Among the encouragement, advice and insights we received, we were also given awesome prizes throughout the week. I left the Summit with a blue tooth speaker, 2 t-shirts, 3 yellow stars, the gift bag from the first day, the pillar legos, cherished pictures and videos and of course, the prized engraved Keystone Star. All have become cherished tokens that I will proudly wear, use and display. 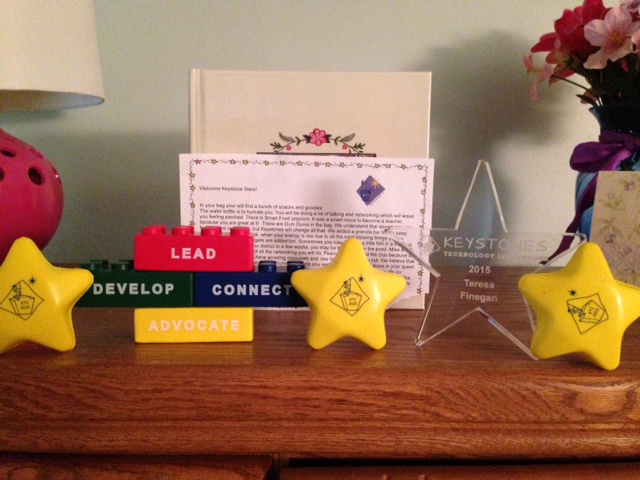 Even the little frustrations we experienced contributed to the memorable experience: the “college” food, the wiry beds and the tiny showers. I mean, you can’t have it all, right? So after a week-long marathon of 14+ hour days it was time to say goodbye. I think I can speak for the entire Class of 2015 when I say that this was a bittersweet day. We were all missing home and family, but we had become our own family at the same time, and we had to pull ourselves away from each other and take our own journey home. The exhaustion and emotion of the week took over as I began my drive home, and I realized that I was a very different educator than the one who arrived on Monday.

So what made the week so powerful? The new friendships and a professional learning network (#ktifamily) that will provide countless ideas, inspiration, and support for the rest of our careers. Gaining a new level of passion and mental endurance that will carry us through any challenges to come. The Powerful knowledge that will be passed onto other teachers and thousands of students across the state. A strong appreciation and gratitude for our lead learners, whose attention to detail cannot be overstated and whose energy and knowledge lifted us to a new level of learning each and every day of the Summit. A profound sense of PRIDE in ourselves that we did it and a sense of gratitude to the principals who nominated us. And finally, a desire to pass this experience on to the next fabulous group of educators waiting in the wings. The KTI Class of 2015 conquered the Summit marathon. We WILL stay connected, and you will see great things from this class. And for my new KTI family…Rock on!